The formal status of christian philosopy 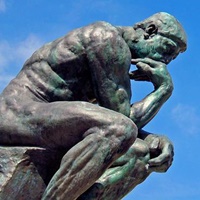 A first distinction that must be taken into account when determining the formal status of christian philosophy is that existing between the wise character of every philosophy and the proposal of truth that Christian Revelation offers the believer. Aristotle, from an early age, had already discovered that our knowledge about God comes, on one hand, through the phenomena that take place in the soul and, on the other hand, through the phenomena that take place in heights, i.e., in the beauty and movement of the stars; this way, he conceives metaphysics as the spiritual path of the search for a First Principle.

The statements of the XII Book of his Metaphysics – when he states the existence of an infinite and substantial Mover – confirm the religious admiration he had since his younger days. It is not enough judging the possibility of a christian philosophy from its wise character, but we’ll have to take into account the meeting of rationality with christian Revelation in the history.

The attitude of greek philosophy regarding the search for principles and fundamental laws geatly differs from the dialogical conscience that every christian finds regarding revelation as historical manifestation of God. Revelation means the historical manifestation of a God that is open to the dialog with the believer. This dialogical conscience is present in the Scriptures. “Yahvé talked to us face to face about the mountain, in the midst of the fire”.

All the history of salvation is the history of a personal God that wants to communicate with mankind and stablish with it a relation based on friendship. The search for the first principles of the universe, besides manifesting rationality in its wise aspect, is far away from this personal and historical dialogue between the believer and God.

But now, moreover, he is in front of a number of revealed propositions – freely accepted – for which his reason acts in a different way than when facing those truths which are strictly fruit of his reflection.